It is located to the south of Etoloakarnania prefecture in Central Greece and is 5 km away from the city of Agrinio. It is formed between Panetolikos and Arakynthos mountains, by which the water is supplied. It is only 2 km away from Lake Trichonida, as they are only separated by a strip of land. Surplus of water is channeled by Dimikos canal to Acheloos, in the west of Angelokastro. It is also linked to Lake Trichonida by a canal, which gets excess water. It has an elongated shape with low banks. Maximum length is 6 km. and its width is about 3 km., while its surface has an area up to 13 sq. km.

The lakeside area is smothered in reeds and among the, coots, mallards, ducks find shelter in winter. There are endemic fish and the rare in our country otter in it. 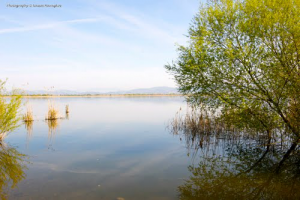 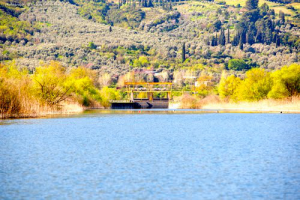 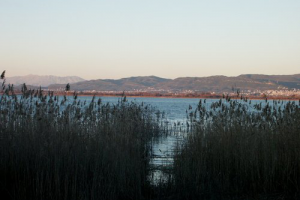 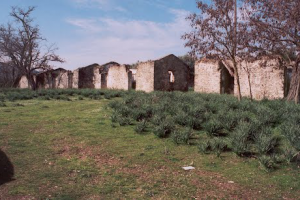 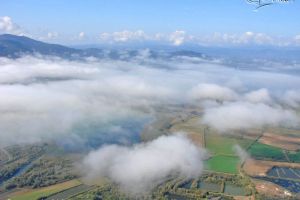