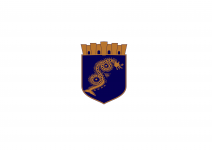 Pogradec is a city and municipality in central Albania, situated on the shores of the Ohrid lake. It belongs to the County of Korçë. It was formed at the 2015 local government reforms by the merger of the former municipalities Buçimas, Çërravë, Dardhas, Pogradec, Proptisht, Trebinjë, Udenisht and Velçan, that became municipal units. The seat of the municipality is the town Pogradec. The total population is 61,530 (2011 census), in a total area of 594.77 km2. The population of the former municipality at the 2011 census was 20,848. Pogradec alone occupies about 15 km².

This city is surrounded by hills on the southern and western side. The lake is in the eastern and northern side of the city. The highway linking to Tirana, Elbasan and Korçë passes through the city. It is located southeast of Elbasan, southwest of Ohrid in FYROM, north of Korçë  and northwest of Florina in Greece.

The name of the town is Slavic in origin: Pogradec = Po(d) (under/beneath) and Gradec (city in Bulgarian) and means literally «under the city». This is a reference to the former Illyrian settlement, situated on a hill above Pogradec. It was known as İstarova or İstarye during Ottoman rule and was bounded to as kaza center in Görice Sanjak of Manastır Vilayet before Balkan Wars.

More info about the Municipality of Pogradec