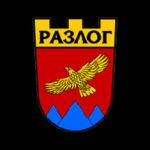 Municipality of Razlog is situated at the foot of Rila, Pirin and Rhodops Mountains and it includes parts of the Razlog valley. The magnificent of its nature is expressed by the two national parks on the territory of Municipality Pirin National park and Rila National park. Pirin National Park is included in the convention for the Preservation of World Natural and Cultural Heritage Sites. In Pirin, there are more than 100 bird species and over 1100 plant species among which is the symbol of the mountain – the edelweiss. The most precious parts of Pirin are designated reserves. «Bayuvi Dupki – Djinjiritsa».

The nature is the greatest asset of the Municipality of Razlog and it is really important for the community to effectively protect and manage the national parks, the forestry and the agricultural lands in the valley.

The main developed sectors are: tourism and agricultural.