It is called Lake Amvrakia or Rivio or Lake Limnaia during ancient times. It is located at the western part of Aitoloakarnania prefecture, about 5 km away from Amfilochia, to the Amvrakikos – Aitolikou draft, among Akarnanika mountains. Its shape is substantially elongated, but to the north it has a narrow band, that approaches Amfilohia. Its surface area is about 14 sq. km., along with its main body of about 7 km., while with its extension has a length of 12 km. Its width is about 3.5 km., mainly at the northern end of its main body. Several settlements have been built near its banks.

The main part of the lake has a triangular shape, with its top to the south. In the northwestern part of the triangle its maximum depth is about 45 m. The lake basin is limited. The water supply comes by rainfall, snow melting and the streams and water sources and groundwater basin. Losses of the lake water are likely to occur near the western shore from where a large crack appears in the area. The NE ply is a notable feature that penetrates into a shallow draft opposite to Stanos village of Amfilochia Municipality, a point with special wet land characteristics. 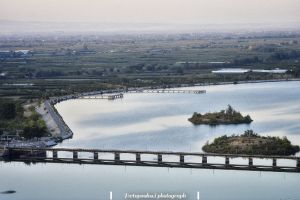 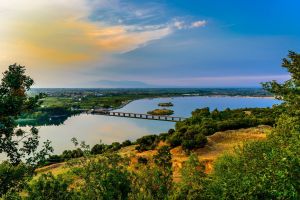 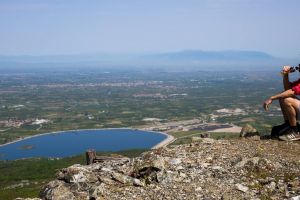 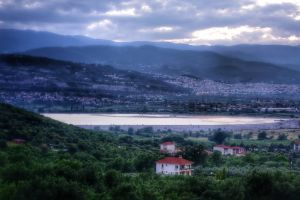 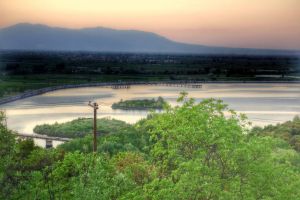 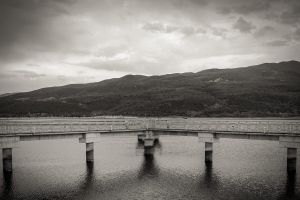 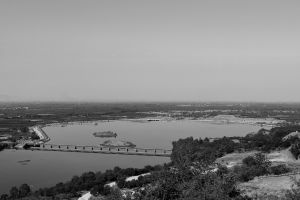