Lake Volvi lies at the center of municipality Volvi, surrounded by it, except from a small part of its shore of 1,500 m long in the north, belonging to the municipality of Lagadas. It is located in the Thessaloniki prefecture, in the east of Thessaloniki city at 35 km distance and 8 km to the west of the sea of Strymonikos bay, in the basin of Mygdonia, in municipality Volvis. It is located in line with Koronia lake at a distance of 11.5 km. away from it. On its north side new Egnatia Highway lies (while the old one was located in its south side), and to the east there is Richeios river, it also functions as overflow of the lake through Rentina Straits to Strymonic bay. This is the second largest natural lake in Greece and the largest in Macedonia, with a surface area of ​​68 sq. km. (up to 70.8 sq. km.) and maximum depth of 20-22 meters. The shape is elongated with a maximum length of 19.5 km. and width that varies 2 km at its central part, 4 km at its east part and 5.5 at the west part. It has a perimeter of 54.5 km. and the surface of the water level is at an altitude of 37 meters above sea level. It is clear and deep, and has enough oxygen even during summer months. It gets water by numerous streams and brooks and is surrounded by farmland, hills, narrow marshy areas and reed beds. The lake is deeper and with steeper banks on the north bank and has remnants of a lakeside forest.

The municipality occupies the eastern shore of Lake Koronia in the west, which forms together with Lake Volvi a unified ecosystem.

Richeios River is the main river of the region, just 8.7 kilometers long, and connects Lake Volvi to Strymonikos bay, to which flows in. Its bed is shallow and is maintained by artificial wells, which are constructed from time to time. It runs through the valley of Macedonian Tempi, an area of 650 hectares with ​​thick arborescent vegetation. Around Lake Volvi there are other small streams, the most important of them are Bogdanos stream, the streams of Melissourgos and Apollonia. Their flow varies a lot.

Among the lakes and to the south of Lake Volvi there are fertile croplands. To the north of Lake Volvi, the riparian Volvi mountains dominate with maximum altitude 659m. These mountains along with Vertiskos and Kerdylia ones form a pretty large valley in the area of Arethousa.

Here there are the dried Lakes Mavrouda and Langa near Mavrouda and Lake settlements respectively. In recent years, however, Lake Mavrouda is regenerated by Vertiskos water ending to this area and has 1,200 square meters and a depth of 3 m with new reeds and hundreds of winged visitors. A little further to the east Kerdylia mountains dominate with a maximum altitude of 1092 meters. 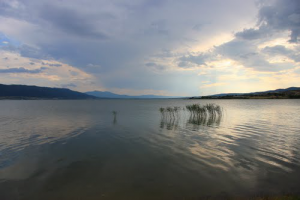 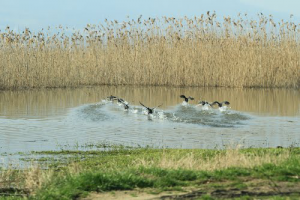 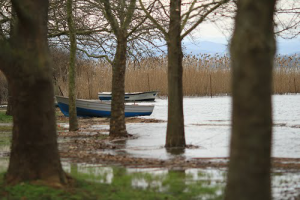 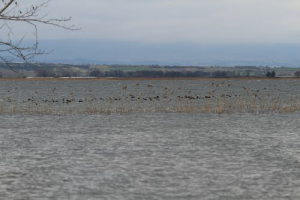 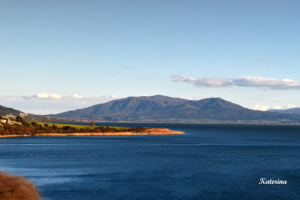 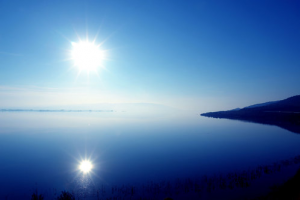 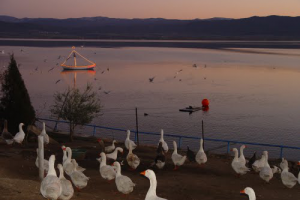 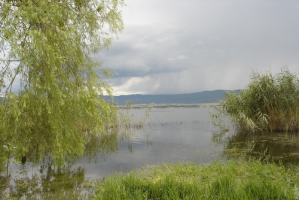 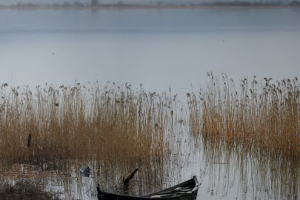 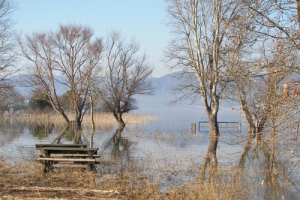 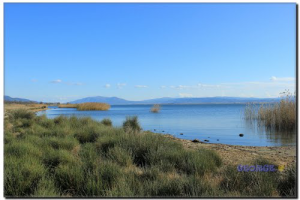 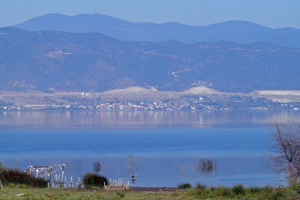 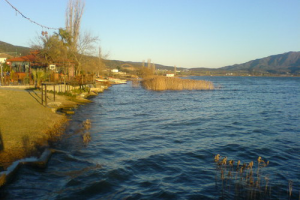