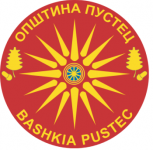 It consists of nine villages, comprising the areas along the Albanian, southwestern shore of Lake Prespa. It is part of the so-called Mala Prespa area.

Pustec is located on the southwestern shore of Lake Prespa and is the nearest village to the island of Maligrad. It sits at an elevation of 861 metres (2,825 ft) above sea level. To the northeast, along the lake, lies Šulin, while in the southeast is the village of Leska.

Pustec and the surrounding region lie within the Prespa National Park.

Prespa is the name of two freshwater lakes in southeast Europe, shared by Albania, Greece, and FYROM. Of the total surface area, 176.3 km2 belongs to FYROM, 46.3 km2 to Albania and 36.4 km2 to Greece. They are the highest tectonic lakes in the Balkans, standing at an elevation of 853 m.

The area contains three National Parks located in Albania, Greece, and FYROM respectively. The largest town in the Prespa Lakes region is Resen in FYROM. In 2014, the Ohrid-Prespa Transboundary Reserve between Albania and FYROM was added to UNESCO’s World Network of Biosphere Reserves.

In the 10th century, the Tsar Samuil built the fortress and church of St. Achillius on an island called Agios Achillios in the Small Prespa Lake, on the Greek side of the border. The biggest island in the Great Prespa Lake, on the side of FYROM, is called Golem Grad («Large Town»), and Snake Island (Zmiski Ostrov). The other island Mal Grad (Small Town, in Albania) is the site of a ruined 14th century monastery dedicated to St. Peter. Today, both islands are uninhabited.

Because Great Prespa Lake sits about 150m above Lake Ohrid, which lies only about 10 km (6.21 mi) (6 miles) to the west, its waters run through underground channels in the karst and emerge from springs which feed streams running into Lake Ohrid.

For many years, the Greek part of the Prespa Lakes region was an underpopulated, military sensitive area which required special permission for outsiders to visit. It saw fierce fighting during the Greek Civil War and much of the local population subsequently emigrated to escape endemic poverty and political strife. The region remained little developed until the 1970s, when it began to be promoted as a tourist destination. With an abundance of rare fauna and flora, the area was declared a Transnational Park in 2000. In 1999 the Society for the Protection of Prespa received the Ramsar Wetland Conservation Award for its conservation efforts regarding the Lake Prespa Ramsar site, and was eventually included on 3 July 2013.