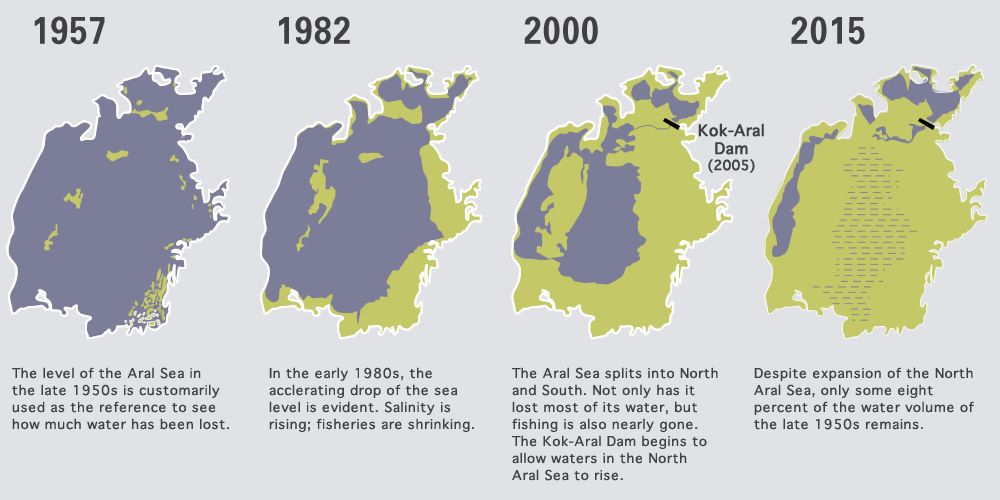 Uzbekistan Has Introduced A «Second Wind» In IFAS Activity

One of the largest in the modern history of global environmental disasters which is happened with countries and more than 60 million people in Central Asia, is the Aral Sea tragedy. Via climatic, socio-economic and humanitarian consequences the disaster causes a direct threat to sustainable development in the region, health, genetic and the future of people living here.

Since the 1990’s the Central Asian countries are taking steps to overcome the effects of this ecological disaster. The historical landmark in this direction was the creation of the International Fund for Saving the Aral Sea (IFAS) by the heads of the five states of the region in 1993 which was designed to carry out joint action and programs to minimize the negative impact of the crisis, improve the ecological and socio-economic situation in the basin.

The fund provides an opportunity to bring the need of taking timely, targeted measures to mitigate the environmental disaster caused by the drying up of the Aral Sea to the attention of the international community, as well as coordination of the joint efforts of both the regional and international levels.

Uzbekistan has been chairing the IFAS since August of 2013. According to the decision of the President of the Fund, the President of the Republic of Uzbekistan, the IFAS Executive Committee carries out its activities in Tashkent. During the presidency of Uzbekistan in the Fund (2013-2016) has been realized the third action program to assist countries of the Aral Sea Basin Program (ASBP-3), the monitoring of which is conducted by the Executive Committee of IFAS jointly with its affiliates, founding states, regional and international institutions and structures. The results of this study showed a significant increase in financial receipts compared with the previous two programs (ASBP-1 and ASBP-2) not only on the part of fund participants, but also international organizations and donors. Confirmation of this – of the 90 regional projects worth 386.2 million US dollars 60 have been realized worth 68.86 million dollars, 15 projects worth 79.04 million dollars are in progress and 15 projects worth 238.25 million US dollars is expected to start in the near future. Of the 501 national projects worth 15.04 billion dollars 295 projects have been implemented worth 6.05 billion US dollars; 125 projects worth $ 7.3 billion – at the implementation stage; 81 projects amounting to 1.7 billion US dollars is expected to start.

In general, these projects are aimed at construction and reconstruction of medical, educational and sports facilities, residential houses in rural areas, roads and railway lines, bridges, power lines, irrigation systems and other hydraulic works, land improvement and implementation of integrated water resources management and modern technologies for water conservation, providing the population with quality drinking water, forest plantations on the dried bottom of the Aral sea and the mountainous terrain, the creation of local water bodies, development of the legal framework and institutional systems.

So, in recent years to improve the social conditions of the population living in the region in the countryside 29510 residential houses have been built, construction and reconstruction works of 67 schools with 8316 places totaling 589.3 million US dollars have been completed, 3137 city and district general hospitals and medical institutions with 1400 beds in the amount of 510.26 million dollars have constructed, reconstructed and equipped.

At the same time, in 86 cities and regions, and more than 2 thousand rural settlements, where about 9.2 million people live, the works on the construction, reconstruction and expansion of water supply systems and other social facilities worth of 267.9 million dollars have been carried out.

More than 7.8 thousand kilometers of main and inter-farm reservoirs, culverts, water and sewerage systems, waterworks and 16 797 vertical drainage and 1,417 observation wells have been built and renovated.

Parallel to this, transport infrastructure has been improved through the construction of 341.5 kilometers of railway lines, 15 stations and 59 bridges. 42 main roads worth of approximately 5,030 million dollars have been constructed, renovated and expanded.

In order to combat desertification and land degradation, preservation of forests and enhancement of forest cover, tree planting has been carried out in the area of 125 600 hectares for a total amount of 14.7 million US dollars, the resistance of Low Amudarya State Biosphere Reserve (in the amount of 9.05 million dollars) have been strengthened.

This result was preceded by active work of bodies of the founders and President of the Foundation under the leadership of IFAS, the President of Uzbekistan Islam Karimov.

Speaking from the rostrum, the head of our state has repeatedly stressed the importance of adopting effective measures to eliminate the consequences of the Aral Sea disaster which has been long emerged beyond a single region. During the 48th session of the UN General Assembly on September 28, 1993, Islam Karimov drew the attention of the world community to the problems of the Aral Sea. At the UN Millennium Summit in New York on  September 8, 2000 the head of Uzbekistan has put forward the initiative to establish the Council on the problems of the Aral Sea and the Aral Sea area under the auspices of the United Nations Programme on the Environment.

At the initiative of the President of Uzbekistan a program of measures to eliminate the consequences of the drying of the Aral Sea ecosystem and prevent disaster in the Aral Sea region has been developed, which is on September 16, 2013 was distributed as an official document at the 68 session of the UN General Assembly and fully supported by the Secretary General Ban Ki-moon.

In order to further promote international cooperation and to mobilize resources of the donor community for the implementation of practical actions aimed at improving the situation in the Aral Sea region, on the initiative of our Head of State, Urgench city hosted the International Conference on the theme: «Development of Cooperation in the Region of the Aral Sea to Mitigate Consequences of the Ecological Catastrophe» on October 28-29, 2014.

In his video message to the participants of the event the UN Secretary-General Ban Ki-moon noted the critical importance of the conference and said that the organization supports the work of IFAS. He said that «one country alone can not manage with the Aral Sea tragedy» and urged the international community «to intensify international efforts to respond to this disaster.»

As emphasized by representatives of international organizations at the conference, the drying up of the Aral Sea – one of the largest in the world of man-made disasters, which by its ecological and environmental, socio-economic and humanitarian consequences poses a direct threat to the gene pool and human health, environment and quality of life as well as the flora and fauna of the Aral Sea region.

As a result of this event arrangements have been reached and agreements have been signed on the implementation of national and regional projects of a total value of 3 billion US dollars on the Aral Sea Basin, involving preferential long-term loans totaling 1.9 billion US dollars and the provision of technical assistance tools and a grant in the amount of $ 200 million.

During the presidency of Uzbekistan in the IFAS only the Fund Board has conducted more than 200 meetings, negotiations, meetings and consultations, the cooperation has been set with UN agencies, reputable international financial institutions – the World Bank, the Asian Development Bank, Islamic Development Bank, and the International Agency for the German Cooperation Switzerland, the Republic of Korea, the USA and Japan in order to attract their attention and efforts to implement practical actions to improve the environmental, socio-economic and water situation in the Aral sea basin.

In particular, for the implementation of specific projects prepared on the Urgench conference, on the initiative of the Executive Committee of IFAS in the framework of the VII World Water Forum for the first time in the history the IFAS has organized the event in the form of a subregional session for the countries of Central Asia on the theme: «Development of the cooperation on the Aral Sea region to mitigate the consequences of ecological catastrophe» on April 12-17, 2015 in the cities of Daegu and Gёngbuk (Republic of Korea). Participants of this event have unanimously confirmed the truly global nature of the problem of the Aral crisis and called for the consolidation of the efforts in solving the problems related to its impact on the environment and the livelihoods of millions of people living in the Aral Sea area. The outcome document of the session has been adopted which reflects the direction to stabilize the environmental situation and enhance international cooperation of IFAS in implementing programs and projects.

As part of the Eighth Ministerial Conference «Environment for Europe», held on  June 8-10, 2016 in Batumi (Georgia) the EC IFAS and the Economic Commission for Europe of the United Nations have signed a joint appeal in support of reforestation and forestation in the Aral Sea basin which reflects the intention of the parties to cooperate in projects for environmental improvement, prevention of salt-dust transfer, consolidation of moving sand dunes, decrease wind erosion and improve public health, restoration of flora and fauna in the Aral Sea region.

Thus, the activities of the fund allows to coordinate and solve the fundamental issues of cooperation to mitigate the environmental, socio-economic and water management problems in the region, as well as to expand cooperation with international organizations, environmental funds and other institutions and individual states on the implementation of specific programs and projects of the Aral seas.

The IFSA remains as a unique multilateral framework which gives a positive dynamism to the regional cooperation in the solution of water and environmental problems in Central Asia.