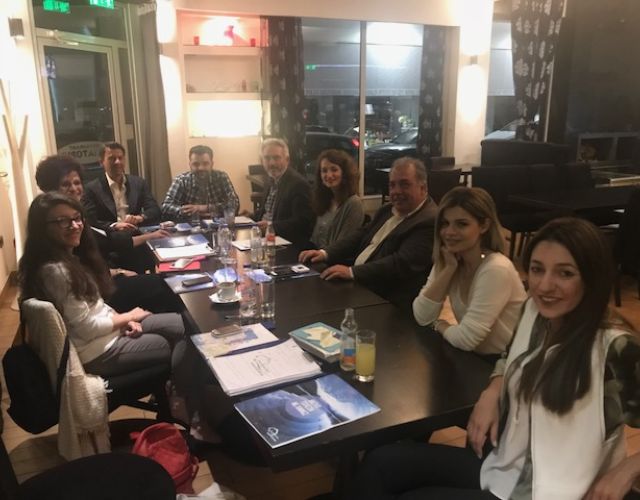 The President of the Network presented to the members of BoD the actions of the Network for 2017, as well as the planning of the next actions for 2018. He also informed about the Network’s participation in the 2nd International Exhibition of Environmental Technologies Verde.tec, during which a large number of people and executives of environmental and ecological organizations, visited the Network’s pavilion and they were informed about its identity, members and purposes.

Also, the President informed the members of BoD about the matters of preparation and procedure of the General Meeting of the Network on 21st and 22nd of April, at the Town Hall of Filippiada, as well as the value of the accomplishment costs, which are defrayed by the Network.